What is the Stock Market?

The stock market refers to public markets that exist for issuing, buying and selling stocks that trade on a stock exchange or over the counter.

Stocks, also known as equities, represent fractional ownership in a company, and the stock market is a place where investors can buy and sell ownership of such assets. An efficiently functioning stock market is considered critical to economic development, as it gives companies the ability to quickly access capital from the public. 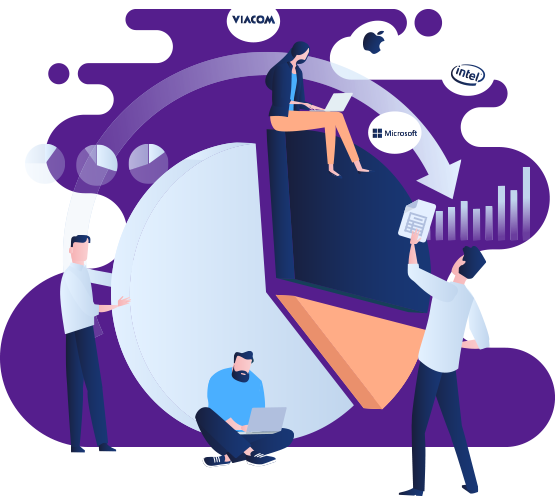 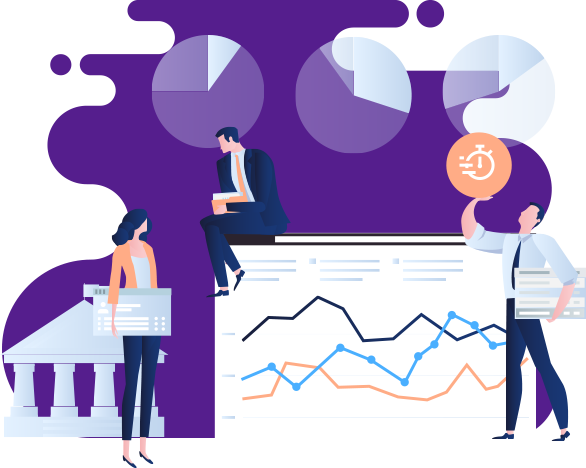 Purposes of the Stock Market – Capital and Investment Income

In this part, we will discuss two basic purposes of stock market for beginner.

The first is to provide capital to companies that they can use to fund and expand their businesses. If a company issues one million shares of stock that initially sell for $10 a share, then that provides the company with $10 million of capital that it can use to grow its business (minus whatever fees the company pays for an investment bank to manage the stock offering). By offering stock shares instead of borrowing the capital needed for expansion, the company avoids incurring debt and paying interest charges on that debt.

The secondary purpose the stock market serves is to give investors – those who purchase stocks – the opportunity to share in the profits of publicly-traded companies. Investors can profit from stock buying in one of two ways. Some stocks pay regular dividends (a given amount of money per share of stock someone owns). The other way investors can profit from buying stocks is by selling their stock for a profit if the stock price increases from their purchase price. For example, if an investor buys shares of a company’s stock at $10 a share and the price of the stock subsequently rises to $15 a share, the investor can then realize a 50% profit on their investment by selling their shares.

History of the Stock Market

Although stock trading dates back as far as the mid-1500s in Antwerp, modern stock trading is generally recognized as starting with the trading of shares in the East India Company in London.

The Early Days of Investment Trading

Throughout the 1600s, British, French, and Dutch governments provided charters to a number of companies that included East India in the name. All goods brought back from the east were transported by sea, involving risky trips often threatened by severe` storms and pirates. To mitigate these risks, ship owners regularly sought out investors to proffer financing collateral for a voyage. In return, investors received a portion of the monetary returns realized if the ship made it back successfully, loaded with goods for sale. These are the earliest examples of limited liability companies (LLCs), and many held together only long enough for one voyage.

The formation of the East India Company in London eventually led to a new investment model, with importing companies offering stocks that essentially represented a fractional ownership interest in the company, and that therefore offered investors investment returns on proceeds from all the voyages a company funded, instead of just on a single trip. The new business model made it possible for companies to ask for larger investments per share, enabling them to easily increase the size of their shipping fleets. Investing in such companies, which were often protected from competition by royally-issued charters, became very popular due to the fact that investors could potentially realize massive profits on their investments.

The First Shares and the First Exchange

Company shares were issued on paper, enabling investors to trade shares back and forth with other investors, but regulated exchanges did not exist until the formation of the London Stock Exchange (LSE) in 1773. Although a significant amount of financial turmoil followed the immediate establishment of the LSE, exchange trading overall managed to survive and grow throughout the 1800s.

The Beginnings of the New York Stock Exchange

The New York Stock Exchange (NYSE) established in 1792. Though not the first on U.S. soil – that honor goes to the Philadelphia Stock Exchange (PSE) – the NYSE rapidly grew to become the dominant stock exchange in the United States and eventually in the world. The NYSE occupied a physically strategic position, located among some of the country’s largest banks and companies, not to mention being situated in a major shipping port. The exchange established listing requirements for shares, and rather hefty fees initially, enabling it to quickly become a wealthy institution itself.

The NYSE saw meager competition for more than two centuries, and its growth was primarily fueled by an ever-growing American economy. The LSE continued to dominate the European market for stock trading, but the NYSE became home to a continually expanding number of large companies. Other major countries, such as France and Germany, eventually developed their own stock exchanges, though these were often viewed primarily as stepping stones for companies on their way to listing with the LSE or NYSE.

The late 20th century saw the expansion of stock trading into many other exchanges, including the NASDAQ, which became a favorite home of burgeoning technology companies, and which gained increased importance during the technology sector boom of the 1980s and 1990s. The NASDAQ emerged as the first exchange operating between a web of computers that electronically executed trades. Electronic trading made the entire process of trading more time-efficient and cost-efficient. In addition to the rise of the NASDAQ, the NYSE faced increasing competition from stock exchanges in Australia and Hong Kong, the financial center of Asia.

The NYSE eventually merged with Euronext, which was formed in 2000 through the merger of the Brussels, Amsterdam, and Paris exchanges. The NYSE/Euronext merger in 2007 established the first trans-Atlantic exchange.

How Stocks are traded – Exchanges and OTC

Most stocks are traded on exchanges such as the New York Stock Exchange – NYSE – or the NASDAQ.

Stock exchanges essentially provide the marketplace to facilitate the buying and selling of stocks among investors. Stock exchanges are regulated by government agencies, such as the Securities and Exchange Commission (SEC) in the United States, that oversee the market in order to protect investors from financial fraud and to keep the exchange market functioning smoothly.

OTC stocks are not subject to the same public reporting regulations as stocks listed on exchanges, so it is not as easy for investors to obtain reliable information on the companies issuing such stocks. Stocks in the OTC market are typically much more thinly traded than exchange-traded stocks, which means that investors often must deal with large spreads between bid and ask prices for an OTC stock. In contrast, exchange-traded stocks are much more liquid, with relatively small bid-ask spreads.

There are a number of regular participants in stock market trading.

Investment banks handle the initial public offering (IPO) of stock that occurs when a company first decides to become a publicly-traded company by offering stock shares.

Here’s an example of how an IPO works. A company that wishes to go public and offer shares approaches an investment bank to act as the “underwriter” of the company’s initial stock offering. The investment bank, after researching the company’s total value and taking into consideration what percentage of ownership the company wishes to relinquish in the form of stock shares, handles the initial issuing of shares in the market in return for a fee, while guaranteeing the company a determined minimum price per share. It is therefore in the best interests of the investment bank to see that all the shares offered are sold and at the highest possible price.

Shares offered in IPOs are most commonly purchased by large institutional investors such as pension funds or mutual fund companies.

Stockbrokers, who may or may not also be acting as financial advisors, buy and sell stocks for their clients, who may be either institutional investors or individual retail investors.

Equity research analysts may be employed by stock brokerage firms, mutual fund companies, hedge funds, or investment banks. These are individuals who research publicly-traded companies and attempt to forecast whether a company’s stock is likely to rise or fall in price.

Fund managers or portfolio managers, which includes hedge fund managers, mutual fund managers, and exchange-traded fund (ETF) managers, are important stock market participants because they buy and sell large quantities of stocks. If a popular mutual fund decides to invest heavily in a particular stock, that demand for the stock alone is often significant enough to drive the stock’s price noticeably higher. 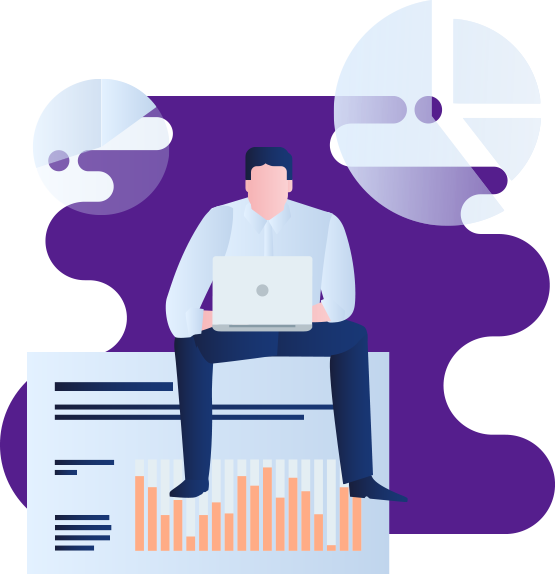 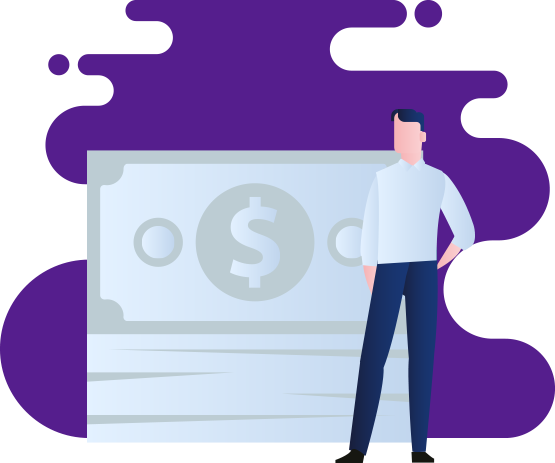 Stock indexes are composed of a selection of stocks that is designed to reflect how stocks are performing overall. Stock market indexes themselves are traded in the form of options and futures contracts which are also traded on regulated exchanges.

Be sure to make appointment before you visit our branch for online trading service as not all branches have a financial service specialist.